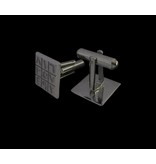 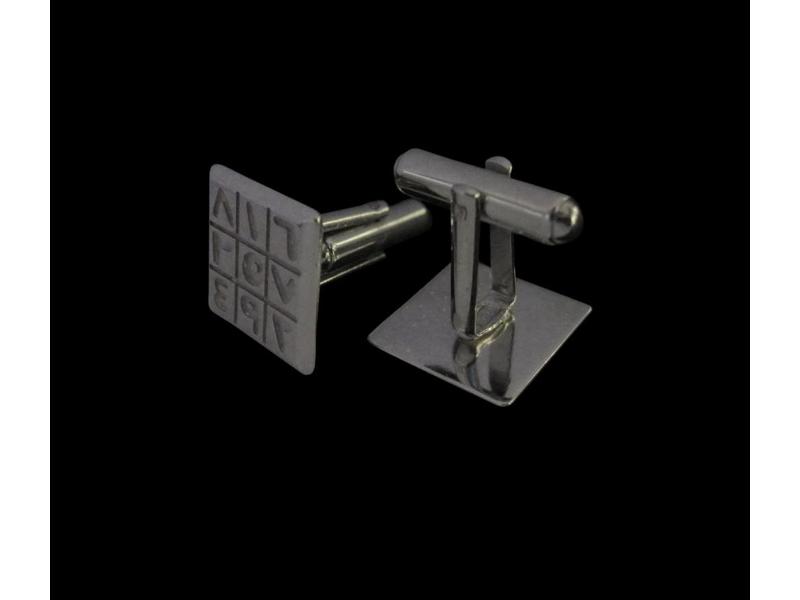 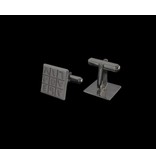 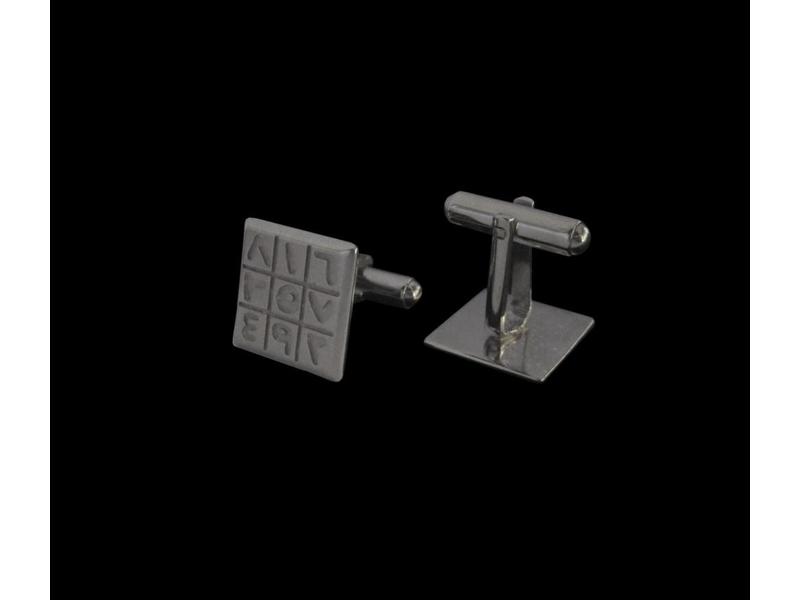 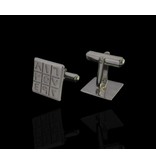 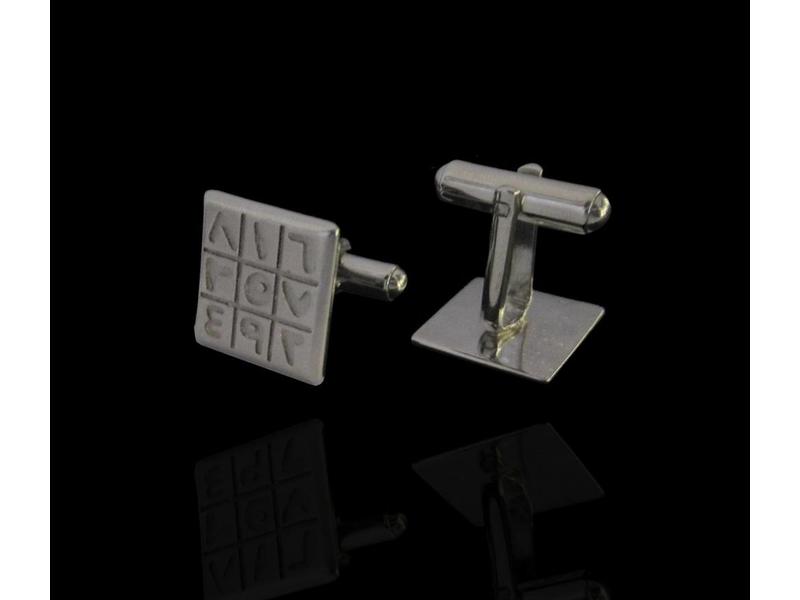 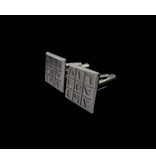 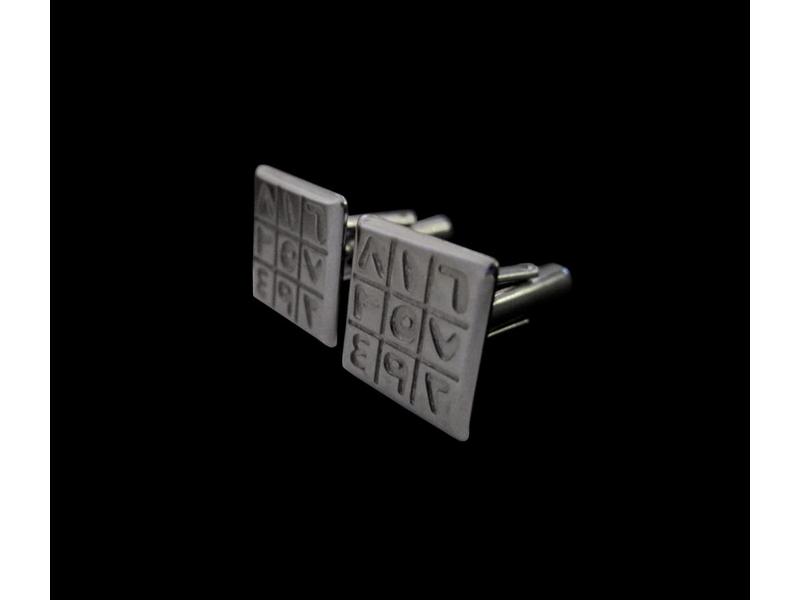 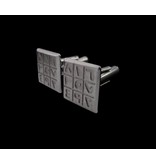 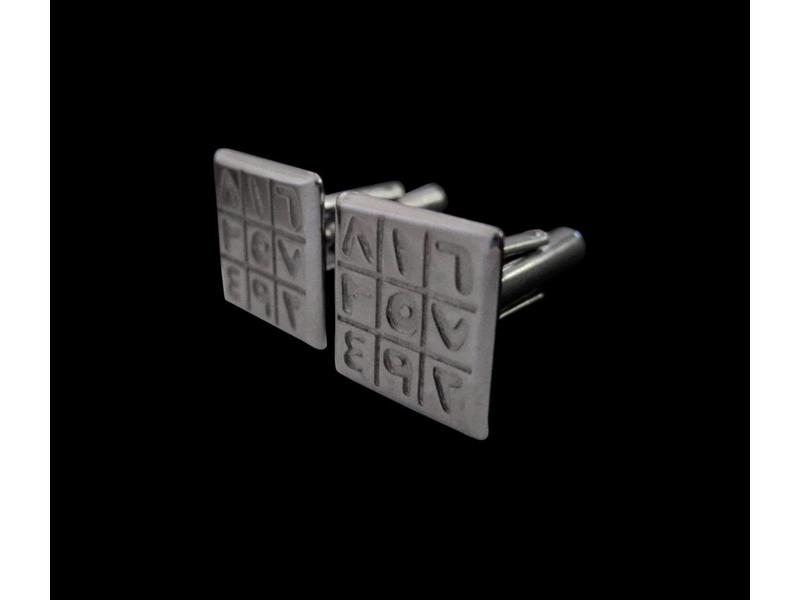 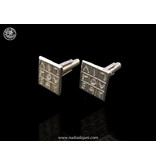 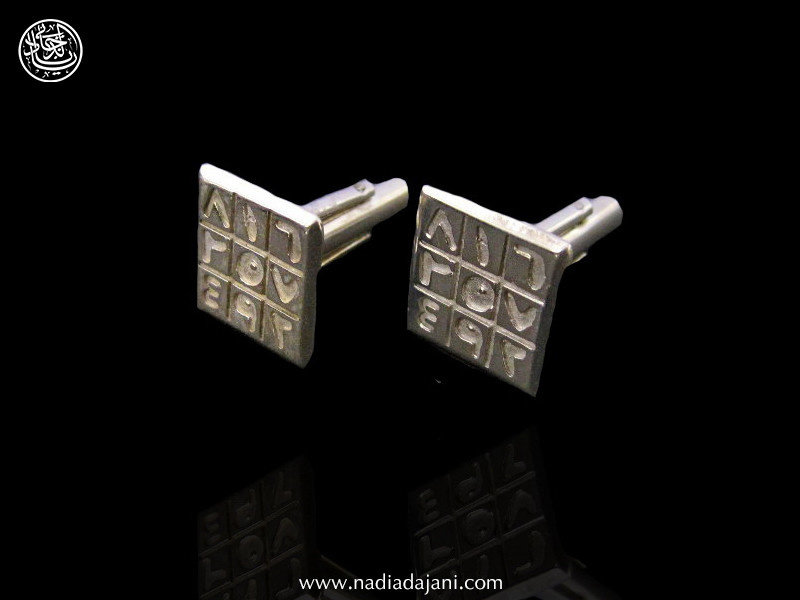 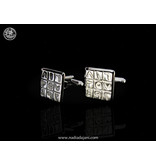 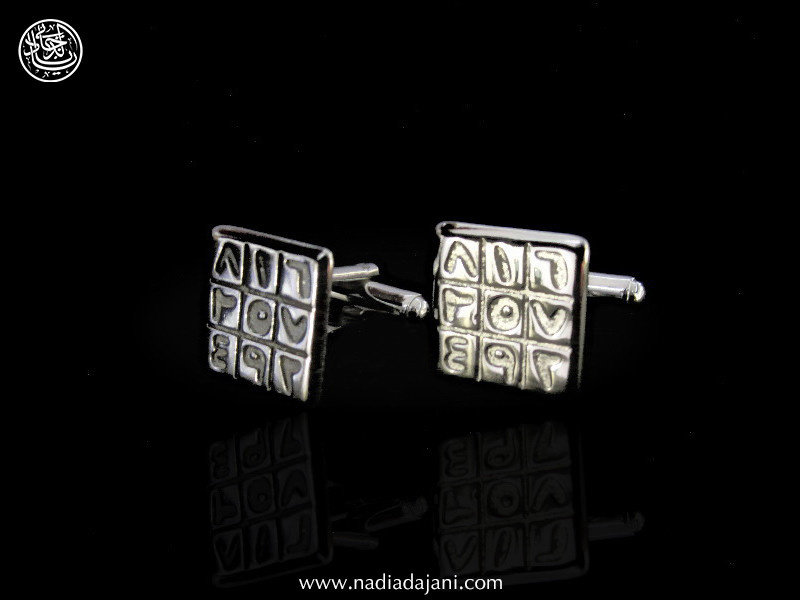 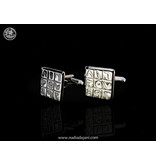 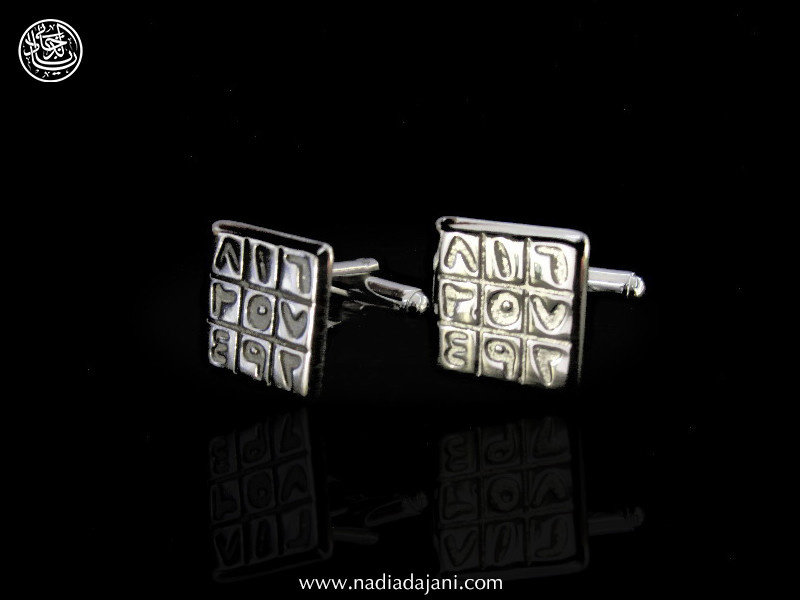 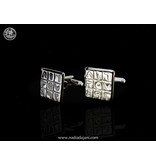 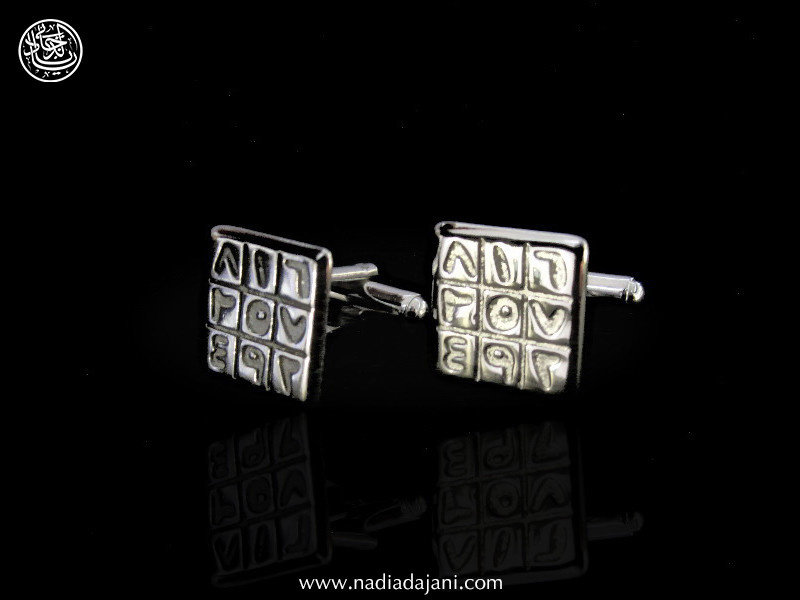 Silver cufflinks in a traditional arrangement know as The Magic Square, an amulet traditionally thought to bring an increase in rank and status.

Amulets and talismans such as the evil eye and the hand of Fatima are frequently used in the Middle East to give protection and to ward off sinister forces. Numbers are also used in this context. Each number has its own cryptic meaning, and their arrangement holds as much significance as the numbers themselves.

Number 1 stands for God, number 2 represents the jinns, number 3 stands for wealth and riches, number 4 stands for protection and guardianship. The meaning of number 5 is a secret. Number 6 is devoted to increasing one’s rank or status, number 7 represents life, number 8 represents stabilisation, and number 9 represents movement.

One of the most powerful arrangements of these numbers is in the Magic Square, where the numbers are arranged in such a way that when they are added up in any straight line the total always comes up to 15. The 1 and 5 are then added together to give a new number, 6, which represents an increase in rank and status. 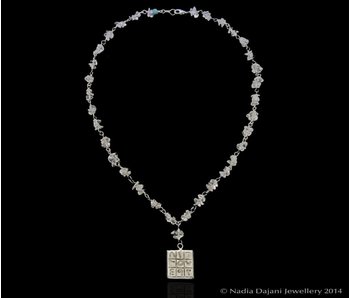 Necklace with gemstones linked with silver wire, and our Magic Square pendant.