LEATHER NECKLACE WITH WHEEL OF FORTUNE 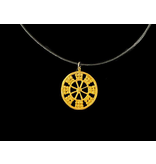 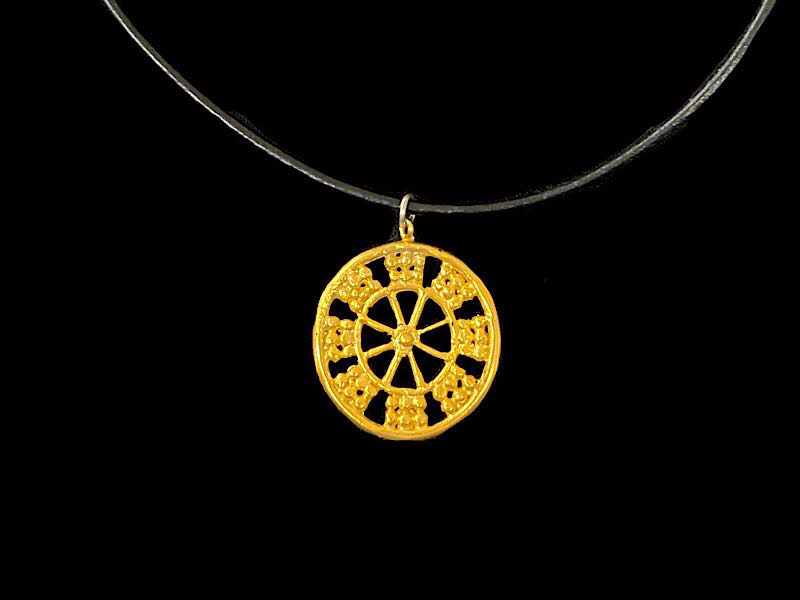 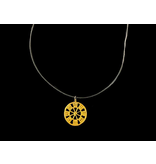 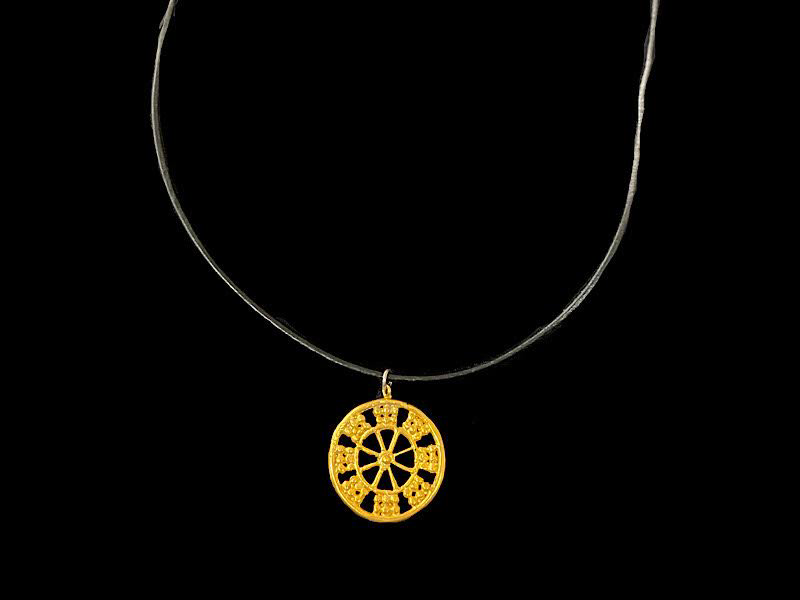 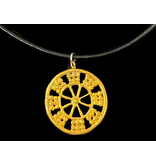 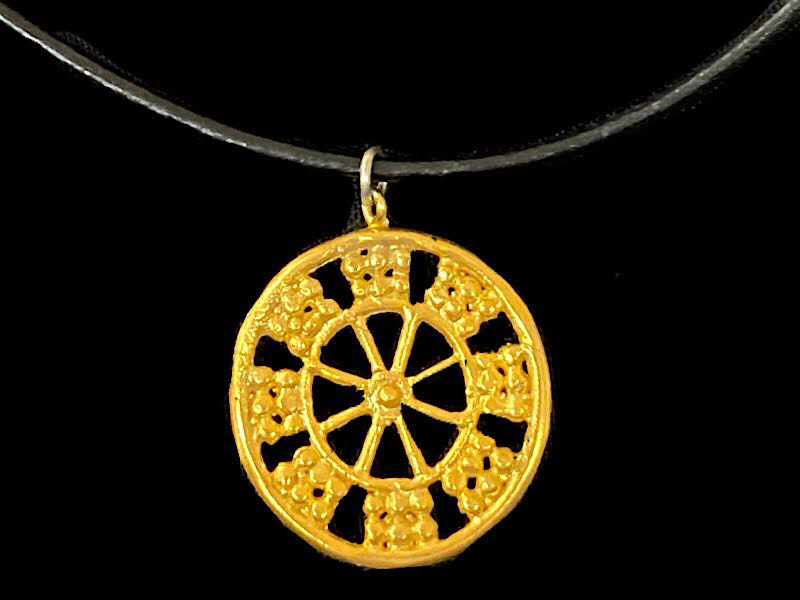 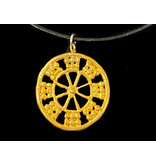 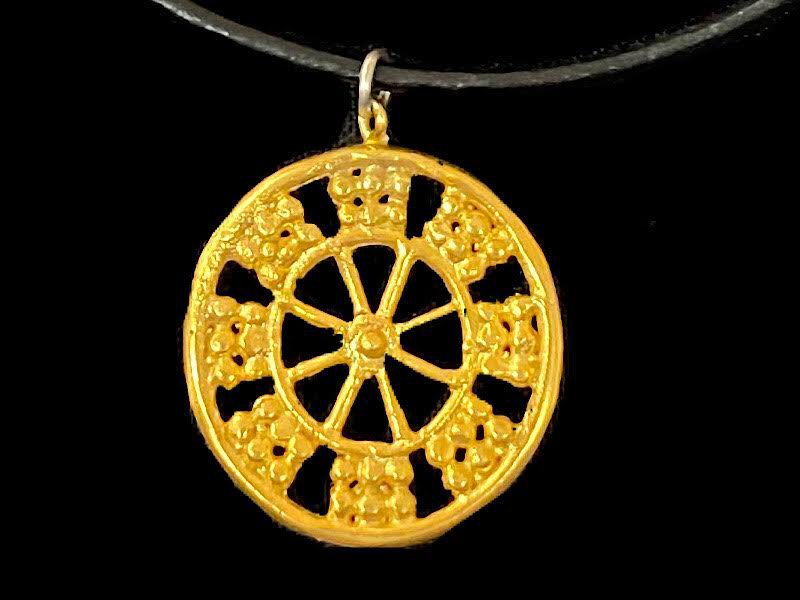 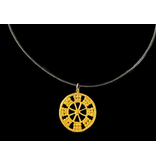 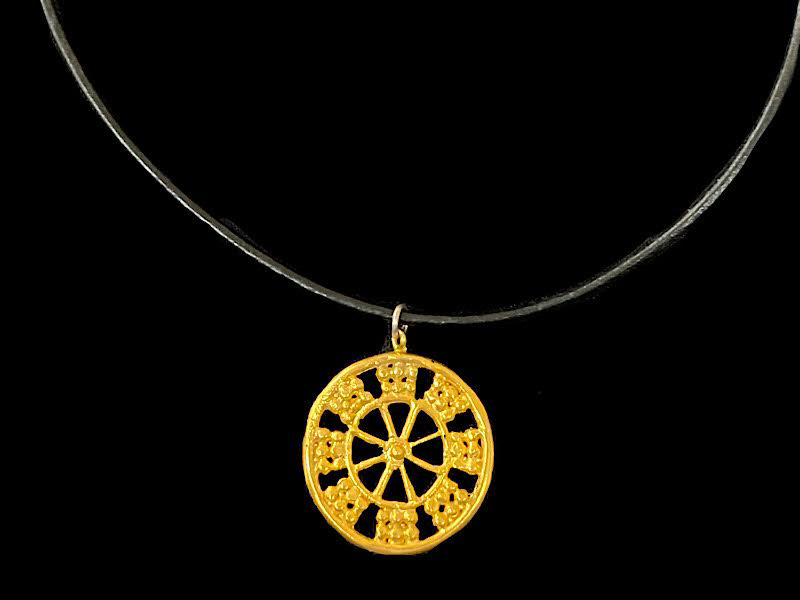 Leather necklace with the Assyrian Wheel of Fortune in silver gold plated.

I am Ashurbanipal
king of the world,
king of Assyria

The Assyrian Empire was a major Semitic speaking Mesopotamian kingdom and empire of the ancient Near East and the Levant, and existed as a state from as early as the 25th century BC in the form of the Assurcity-state until its collapse between 612 BC and 609 BC, spanning the Early to Middle Bronze Age through to the late Iron Age.

Masters of utilising elements available to them, Assyrians employed elaborate designs using bronze, gold and silver for everyday and ornamental uses. From the Royal tombs, precious treasures which display awe-inspiring workmanship skills had been uncovered, dating back to 800 BC. Sumerian history contributed their processes and artistic procedures to the Assyrian Culture.

This motif is inspired by museum pieces at the Museum of Tehran.