Home / COLLECTIONS / AMULETS / TURQUOISE
For thousands of years, Turquoise has spanned all cultures, as a symbol of wisdom, nobility and the power of immortality. We add a small token turquoise bead to our work, in continuation of this tradition, a protective stone against negative forces. 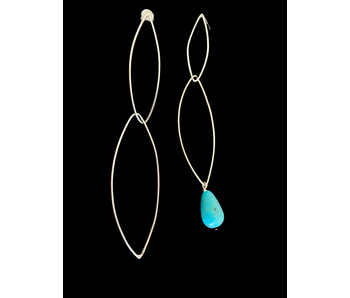 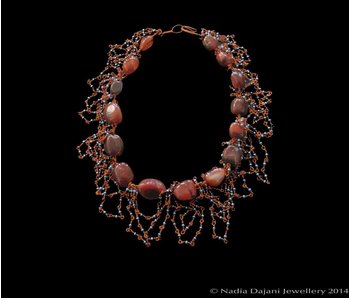 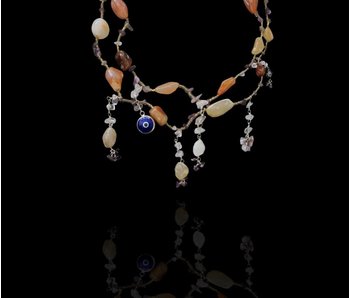 Two-row necklace with a variety of gemstones and dangling charms for protection.

Turquoise is perhaps the oldest stone in man’s history: the talisman of kings, shamans, and warriors. It is a stone of protection, strong and opaque, yet soothing to the touch, healing to the eye.

The name Turquoise is derived from the French, pierre turquoise, meaning “Turkish stone,” because the trade routes that brought Turquoise to Europe from the mines in central Asia went through Turkey, as Venetian merchants typically purchased the stone in Turkish bazaars.

For thousands of years, Turquoise has spanned all cultures, prized as a symbol of wisdom, nobility and the power of immortality. Among the Ancient Egyptians, Persians and Chinese, Aztecs and Incas of South America, and Native North Americans, Turquoise was sacred in its adornment and for power, luck, and protection.

Turquoise beads dating back to 5000 B.C. have been found in Iraq, and the Egyptians were mining the stones in the Sinai in 3200 B.C.The death mask of Tutankhamun was studded with Turquoise, as were the mosaic masks dedicated to the gods.

We add a small token turquoise bead to our work, in continuation of this tradition, as it is seen as a protective stone to be worn on the body against negative forces.